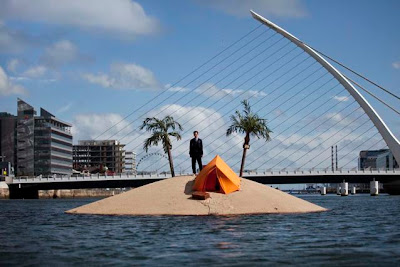 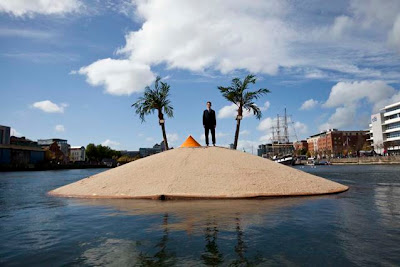 Hello from my sleeping bag, it’s 11 at night and I have almost one day down on my island in the centre of the Liffey. Sometime after midday today I was picked up by Philip from the Ringsend Rowing Club in a beautiful, restored boat near Capel st Bridge. He rowed me through town before arriving at my island which is just west of the Samuel Beckett Bridge. 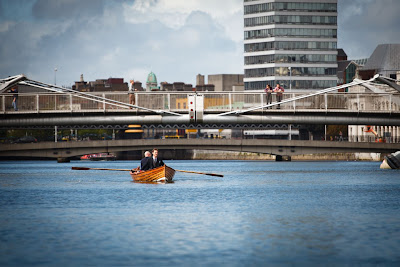 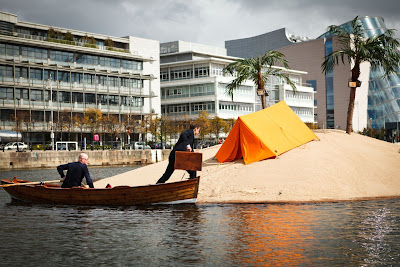 The weather has been amazing all day, despite dire predictions to the contrary and it almost felt like I had landed on a tropical island with the sun beating down most of the day. I spent the first few hours perched at the top admiring the view and enjoying the reality of just being on the island after so many months of planning and paperwork. I then made some repairs to the trees started to organise the inside of my tent. My chemical toilet is filled and working, the internet toggle is doing its job and my gas stove is firing on all cylinders. 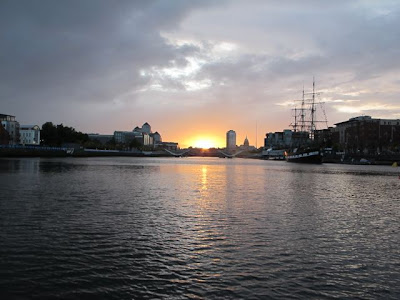 Around eight in the evening I climbed up to the summit and cooked some dinner. I brought some brilliant vacuam packed dinners that I got at the Butler’s pantry in Donnybrook and tonight’s Tortellini with asparagus and pesto didn’t disappoint. 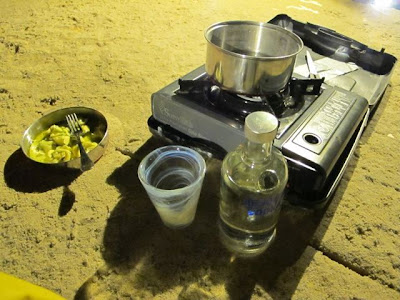 Many of the bridges and buildings around this area have elaborate lighting and the views are amazing, the National Convention Centre and the Samuel Beckett Bridge are particularly stunning. 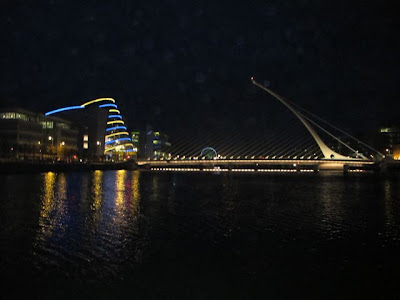 Lots of local kids have been gathering at the quays and shouting out hilarious rants, ‘Hey Mister, Robinson Crusoe, what do you think you’re doing?’. At 10pm I inaugarated my nightly desert island discs session using my phone and battery operated speakers. First up tonight was Sinatra’s ‘You make me feel so good’ followed by ‘Valerie’ by Amy Winehouse and finishing up with some Barry White and Bjork. My phone is almost dead, I have learned how to fire up my radio to keep in contact with my rescue boat and bed beckons. Goodnight Dublin! 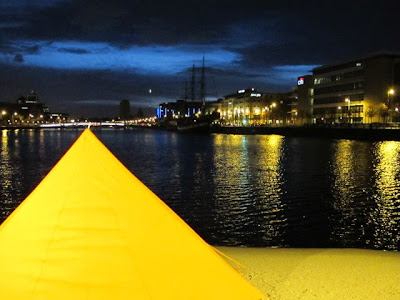