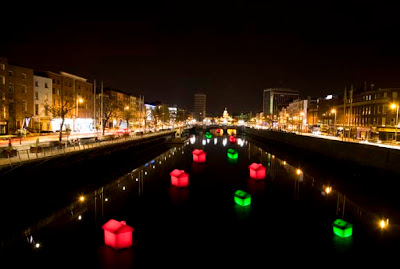 I have talked to literally dozens of lighting experts about how best to light the houses. Everybody has a very different perspective on how they should be lit internally. We have considered running underwater cables from the bridges to each house or similarly using a generator in a portacabin on the quays to power the lights. After months of deliberating we have settled on the expensive route of using a marine leisure battery on a timer in each house hooked up to a 5 metre LED strip.

Richard and Andy from Green Earth Lights call around to the studio and help us to work out how best to install the LEDs. After a frustrating hour of trying at least ten unsuccessful lighting configurations Ger comes up with the genius idea of wrapping the LED strip around a central pole. It works perfectly, illuminating the house evenly without any hotspots or internal shadows. 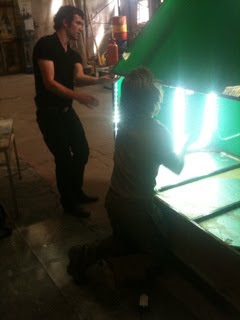 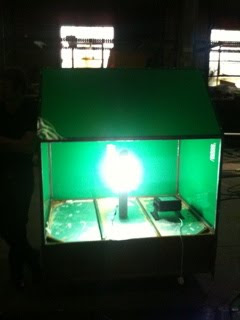 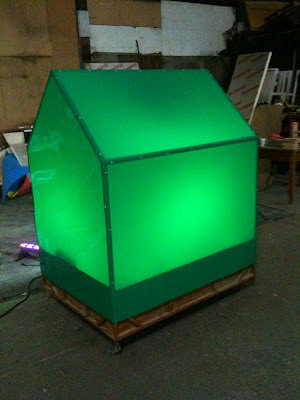